Author’s program note. If you’re like me, the first time you heard this bouncy tune, you laughed… then laughed some more. It’s called the "Too fat polka", with its immediately recognizable opening, "You can have her, I don’t want her, she’s too fat for me."

It came from the mind of Arthur Godfrey, a nationally known personality from television’s earliest days. Go now to any search engine to find and play it. You will probably laugh, too… until, that is, you really perceive the meaning of the words. Then if you have brain and heart, you’ll have the necessary pause that precedes recognition of what you have been doing… and why you can do it no longer.

Godfrey, you see, was a bully; he evinced his tendencies openly and on national television, most famously the day he canned singer Julius La Rosa on air… not merely removing La Rosa but humiliating him… something that’s cat nip to a bully who lives to torment others, in ways both vulgar and exquisite.

And thus we came to see this not as a cute little ditty, but a tune designed to hurt good people and kind struggling with fat and needing support not insult. And so as Godfrey’s hurtful tendencies and disposition became known, as we grew appalled, not amused; his fame was tarnished and his high star waned. In such ways do we make progress, one person at a time. But this is often too little too late, especially in our wired age where in an instant a vicious sentiment and attack will be universal, thereby magnifying its impact and pain.

The Internet changes everything.

In the first days of the Internet, it was said with pride by the early netizens that "the Internet changes everything." We had little idea of just how right we were… and how the instant availability of information, easily accessed, easily transmitted, would radically alter the world and human interaction. Nowhere was this more true than in the matter of bullying… both for those doing the bullying and for the people being bullied. The Internet fostered a climate of anonymous insult and malice, a place where, so it was thought, one could with impunity say anything about anyone… garden-variety bullies morphing (with a few keystrokes) into super-bullies, pain, retribution, cosmic comeuppance theirs to summon and command — without care, concern, accountability, responsibility. And so the greatest age in the history of bullying began and prospered.

This is an article with the particular object of understanding school yard bullies, the better to take effective action for their diminishment and eradication. Bullies have existed in every culture and society since the beginning of human history. Bullies have been tolerated, condoned, even encouraged because they represent the prevailing power structure and elites and mirror their attitudes.

Bullies rarely are the representatives of the poor, the dispossessed, the politically isolated, the misunderstood and "different"… although bullies’ usual victims ordinarily are found in these categories. In other words, bullies get away with their anti-social behaviors because they are representatives of prevailing prejudices, hatreds, fears, and anxieties. Scratch a bully, and you will find an entire network of people (often including his parents) who not only do not condemn such activities, but consciously or unconsciously assist in their realization and defense. As such bullying goes well beyond one bully and one victim to being instead one cultural tradition attempting to contain, control, intimidate and even destroy another culture and its "unacceptable" views.

As such the problem of bullies quickly becomes a problem about the cultural wars which so distinguish our times. These wars, like all wars, are brutal, inhumane, boundless in their cruelties and, worst of all, in their point of view which is that they epitomize good; their opponents the very principle of evil amongst us. It is with this background in mind that we take up the labor of understanding, identifying, curtailing, controlling and (for we must keep this high goal before us) eliminating bullying. And so we go to Ground Zero, the schools of the Great Republic, where the internecine cultural wars are fought every day, every single day.

The extent of the problem. Thanks to the sustained work of organizations like how-to-stop-bullying.com we now have, for the first time, hard statistics on such matters as who bullies, who is bullied, why, how, how often, etc. The advent of such data indicates that progress is being made in understanding and effectively confronting and handling this matter. Remember, bullying has always existed… but because it was not regarded as a "problem", much less a problem that school personnel must deal with, no progress towards the ultimate goal of eradication was made or could be made. These are the early days of a reversal of this invidious, ostrich-head-in-the-sand "policy" which has endured for centuries, where bullying was anecdotal, insignificant, never regarded, never mattered, never solved.

Thankfully our way, indeed our entire approach to this subject, is increasingly different from what has unacceptably gone before. Pro-active, we see the seeds not merely of significant but of pervasive, fundamental, beneficial change. Yes, things are changing, though these are but its early days.

What you can do.

Obviously, this is a problem of most immediate relevance to affected students, their parents, and their schools. This is where the bullying war, in all its aspects, is fought daily.

Parents must be aware that bullying is a daily feature in most schools.

They must therefore maintain open and productive conversations with children to discern what may be happening… and with school authorities who should be glad for your active concern and willingness to help.

Parents should ask school committees and other responsible educational officers just what they are doing both to preclude the problem and handle individual instances once they arise.

In this way, school by school, principal by principal, teacher by teacher, parent by parent, student by student progress must, can and will be made, for one thing is certain: if we as a people, with our full panoply of resources intellectual and organizational, confront this problem with a will, progress will be made and the schools of the Great Republic cleansed of an outrage swept under the rug by nations and peoples before us who were less committed to students and schools than we are. This will not, cannot, be the work of a single school or single term, and we must be so prepared. But it is important work, empowering legions of afflicted students who can now grow to full potential, enriching and enhancing the Great Republic which is sore in need of their skills and services, many and timely.

**** We invite you to post your comments to this article below. 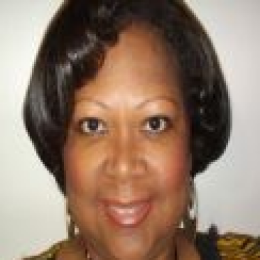