Even though there had been warnings about the possible dangers of lead paint as early as the 1900s, both federal and state officials still routinely recommended its use. When a 1949 study pointed out the health hazards it posed to young children, there was a strong backlash, and a real ban did not occur for nearly 30 years afterward. Pre-1978 lead paint remains in many buildings, and still has the potential to cause harm.

Although oil-based paints can benefit from adding this ingredient, other products such as batteries and cosmetics, solder, and even some industrial processes have also contributed to the prevalence of toxic residue. Leaded oil-based pigments were favored by house painters because they increased durability, inhibited peeling from wood surfaces exposed to all kinds of weather, and were exceptionally water-resistant.

Many artists still prefer leaded paints, and they are still applied to ships to suppress corrosion and other damage to metal hulls. The bright, durable colors have long been regarded as superior, even though water-based pigments today are nearly equal in brightness. Many countries still produce and sell enamels containing this substance, and there have been widely publicized instances of other toxic imports.

More than forty years after being banned, contaminated paint still remains in almost three-quarters of all homes built prior to the seventies. Because adults understand the inherent dangers, personal exposure can usually be controlled or minimized. The most vulnerable group is children. Their bodies are small and growing, allowing the toxin to quickly produce adverse effects. Even small amounts over long periods can be damaging.

After breathing contaminated dust or ingesting peeling flakes, the toxin is stored in calcium-rich skeletal bones. Barely-measurable levels are enough to precipitate serious reactions. Some of the early symptoms include unusual fatigue, poor appetite, muscle or abdominal pain with vomiting, and often constipation. Adults retain around ten percent of ingested lead in their bones, but children typically absorb about fifty percent.

The most insidious effects may be hard to pinpoint in the beginning. A child is still developing mentally and physically, and this type of poisoning can contribute to learning disabilities, behavioral problems, stunted growth, or kidney problems. Because these symptoms are shared by other serious ailments, by the time the source of trouble has been identified and removed the damage has already been done.

Although less susceptible, adults may experience hypertension and kidney problems, and pregnant women can easily pass along the toxin to a developing fetus, sometimes resulting in poor fetal growth or premature birth. It can also be transmitted through breast milk, and over time may result in fertility issues that are difficult to overcome. The only truly effective way to control the effects of exposure is to completely remove the source.

People in San Diego, CA who feel their residence may be at risk can arrange for a licensed inspection. If a landlord does not respond to this request in a timely fashion, home testing kits can be purchased at hardware stores. A complete check includes interiors, common areas and nearby exteriors. The well-documented negative results of long-term exposure are too serious to be ignored.

If you require more info on pre-1978 lead paint inspections, don’t hesitate to check our website now! View the related homepage by clicking on this link http://www.atomicleadinspections.com right away. 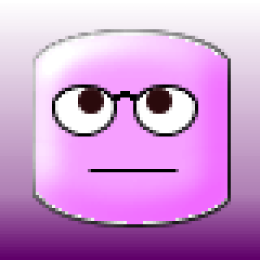